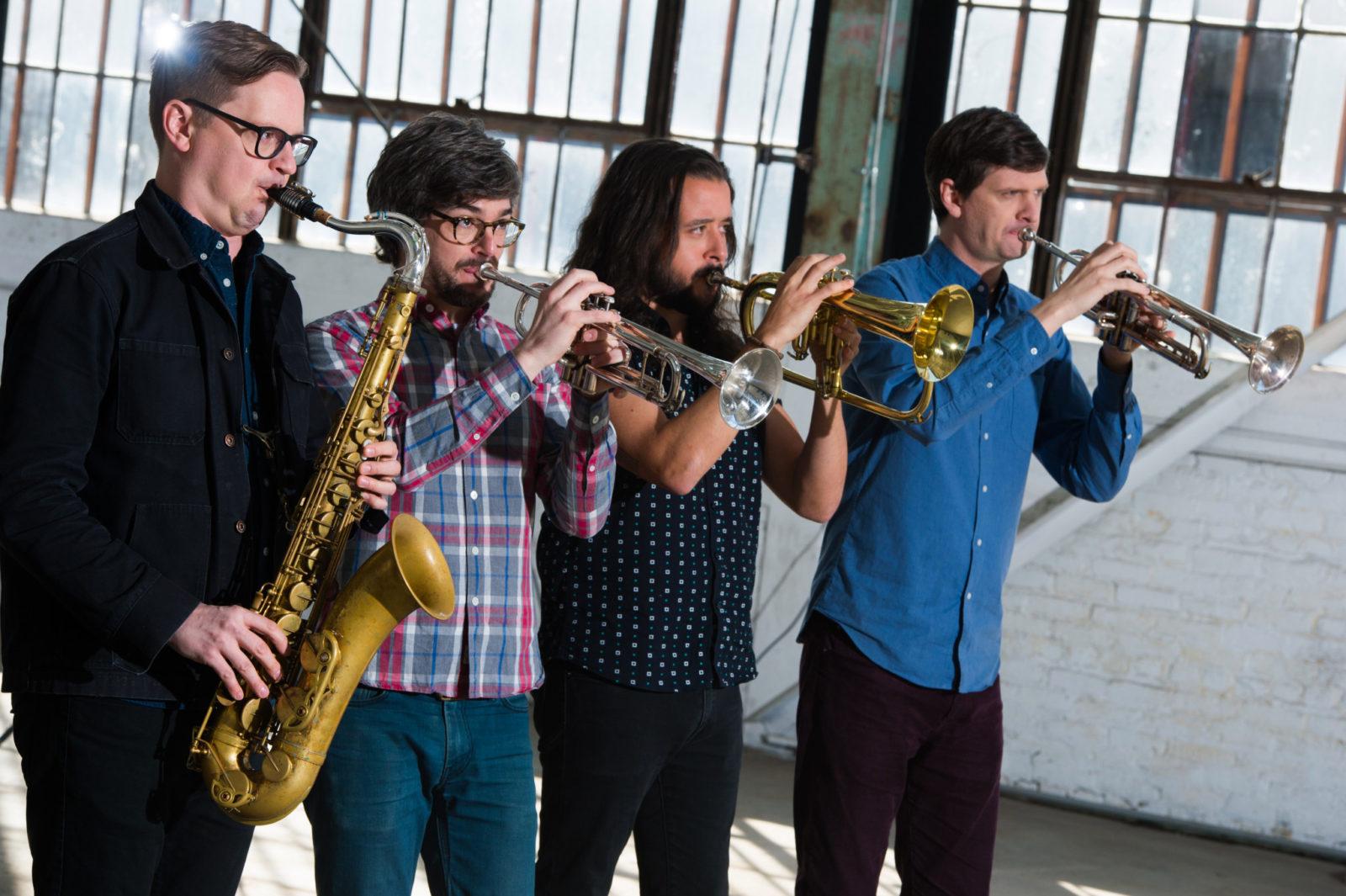 By Melissa DavenportFebruary 28, 2020No Comments

Despite its seemingly ripe potential as an entertainment destination, Santa Barbara has a surprisingly slender history of jazz festival action, including a several-year effort on the beach in the late ’80s/early ’90s and a brave-but-brief Solvang Jazz Festival, led by Crusaders drummer Stix Hooper. Meanwhile, though, the entity known as the Dos Pueblos High School Jazz Festival has quietly and steadily amassed an impressive half century of duty, and eases into its 51st annual event — dubbed “Jazz in Paradise” — this Saturday on the Dos Pueblos campus, in the comfortable confines of the Elings Performing Arts Center.

Jazz in Paradise has long adhered to the academic competitive model, as a magnet for high school and university big bands showcasing and vying for prizes. But its recent history has been upwardly mobile, appealing to the general jazz fan population along with the built-in contingent of students’ family and friends in the house.

In recent years, the daylong event has hosted well-known artists, including saxist Tom Scott and drummer Gregg Bissonette, who give workshops by day and perform with featured bands in the evening concert. This year’s featured big bands are the DPHS band and SBCC’s powerful “Lunch Break” group, directed by Jim Mooy. And the big news: This year’s celebrity guest is especially notable — famed drummer Dave Weckl, as well as the horn players (Chris Bullock, Jay Jennings, Mike Maher, and Justin Stanton) from the popular jazz-funk-party band Snarky Puppy.

Leading the Jazz in Paradise charge for the past four years is teacher/jazz program head Dan Garske, who has taught in various area schools for decades and was recognized last year as a Santa Barbara Independent Local Hero. Garske is retiring next year but goes out on a high note with this Weckl/Puppy-featuring program.

“It is truly is an amazing event for jazz lovers, and a local treasure,” said Garske. “I’ve had my big bands participate every year for 37 years and usually every local high school and junior high has their big band participate. I have memories even further back. As a student musician, when I went to La Cumbre Junior High and San Marcos High in the ’70s, I played drums in the big band and really loved the festival. The festival has continued to evolve,” he continued. “The director before me [Les Rose] brought in some really great players like Tom Scott and that raised the bar.”

That bar was raised even further this year, with the expanded artistic guest list, which Garske admitted was “a huge financial leap,” made possible with fiscal help from DPFHS band boosters, the Santa Barbara Bowl Foundation, and the Santa Barbara Education Foundation. The festival has enjoyed a tight and symbiotic relationship with veteran Nick Rail, of Nick Rail Music fame, and his connections with the influential Yamaha instrument division helps lead them to potential special guest musicians.

“When the featured guest artists show up at the festival, it is amazing to see the connections they make and vibe they have with the students,” Garske noted. “I think in some cases it might remind them of when they were back in school playing in their school big band, and that really gives them a special connection with the students that day. Especially during the clinics when they can spend a little individual time, and then of course on the night concert.”

The festival’s strong recent chapter comes at a time when the once-rare instance of jazz education has proliferated at the university level around the country, leading to earlier interest of students in pursuing a livelihood in music. “More students … are looking into careers like the music business or commercial music, since colleges have started to offer that. They get into their high school jazz band sometimes as their first exposure, but then diverge into all kinds of areas connected to music,” explained Garske.

One such genre that young people are pursuing is big band. “Often, students’ early exposure to jazz, in a school setting, involves the culture of big bands,” said Garske. “And big bands nowadays don’t just play traditional swing — there are funk charts, lots of artistic modern compositions, all kinds of things being performed.

In some case, in other words, we can say we heard them here at DPHS first.