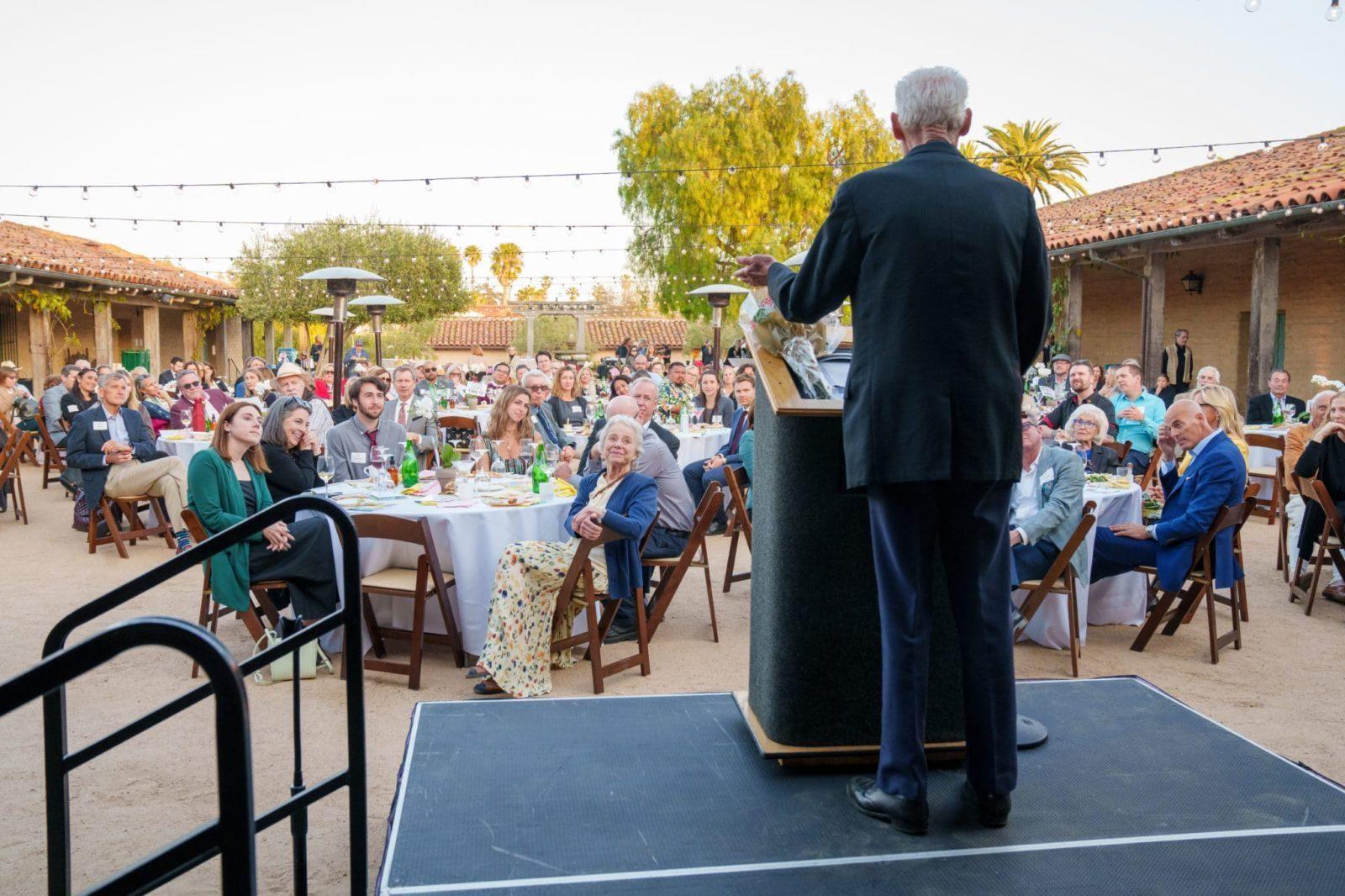 The first in-person Hope Awards in three years raised a record of over $150,000 in funding for the Santa Barbara Education Foundation to continue making a positive impact on SB Unified student outcomes.

Over $65,000 of the raised funds will go towards We Care, a partnership between the Santa Barbara Education Foundation and the Santa Barbara Unified School District that supports students, families, and staff as they face ongoing and unexpected challenges brought to light by the pandemic. The program ensures that students of families who are struggling have the tools they need to attain successful academic outcomes.

Although the purpose of the event was to celebrate the work of Sara Miller McCune and Frank Stevens for their long-time support of public education, it also highlighted students throughout the evening. Dos Pueblos High School students Devin Ross and Isabella Valentine served as emcees. A performance by the Santa Barbara Junior High School Jazz Band kicked off the festivities, and culinary arts students from Santa Barbara, San Marcos, and Dos Pueblos high schools served a variety of salads, savory treats, and desserts.

Honoree Frank Stevens has been an educator and advocate for public education since 1960, when he started as a student teacher and soon transitioned to counseling at the then newly opened San Marcos High School.

He first became involved with the Santa Barbara Public Education Foundation when he received a grant from the organization. Frank then volunteered to help where needed most, until he became a board member and eventually president. Since his retirement in 1995, he has been volunteering even more of his time by serving on boards and holding leadership positions for various organizations supporting public education.

When accepting the award, he made it very clear that despite his career and involvement in a lengthy list of education advocacy organizations, his family was his job, and education has always been his hobby.

Honoree Sara Miller McCune’s philanthropic support of the community is well-documented. A life-long entrepreneur and philanthropist, she has consistently advocated for access to quality education, literacy, and the arts.

In her acceptance speech, McCune was grateful for the award but acknowledged that there is still much work. “I want to encourage you to continue working for and keeping in your heart this school district.”

McCune then acknowledged that just over half of the students in Santa Barbara Unified are currently living below the poverty line. “Let’s not forget that! It shouldn’t be this way, and we need to help turn it around.”

SEE PHOTOS FROM THE HOPE AWARDS