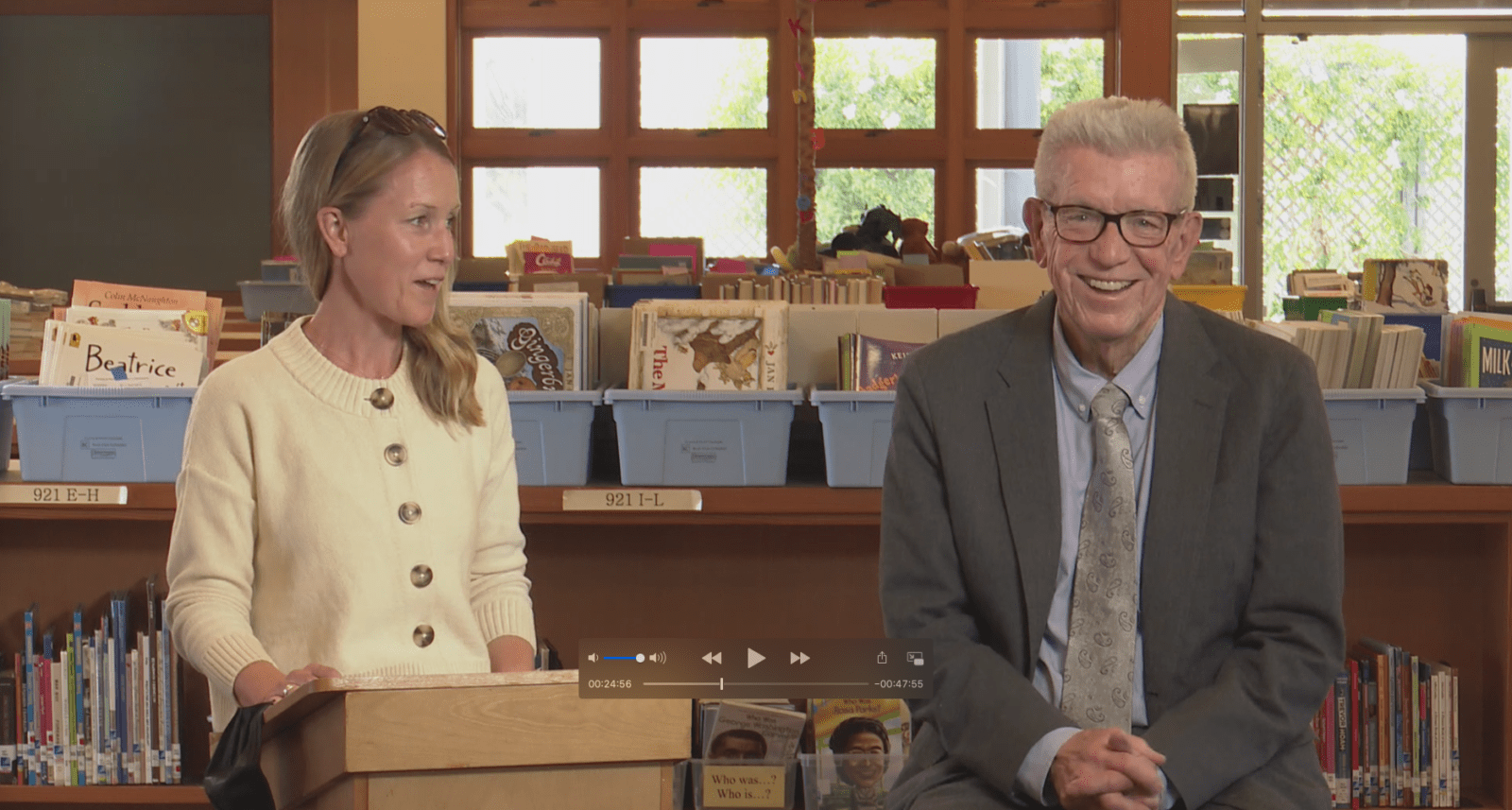 The online gathering raised over $71,000 in critical funding for the Santa Barbara Education Foundation to continue making a positive impact on SB Unified student outcomes.

SBEF tried to make its virtual event feel like its in-person Hope Awards gatherings of years past to properly celebrate the work of Craig Price and Nick Rail for their long-time support of public education. Like in years past, the event featured a student performance. This year the Dos Pueblos High School Jazz Band helped kick off the festivities.

Craig Price is best known for his work in providing counsel in education law locally. What many may not know is that he is a leading advocate of public education. For nine years, Price served on SBEF’s Board of Directors and notably served as its president for two of those years.

And as the saying goes, the apple doesn’t fall far from the tree. Price’s daughter, Mallory, a teacher at Adams Elementary School, had the privilege of presenting the Hope Award to her father for his support of public education.

Even though Nick Rail is more commonly known in the community as the founder of Nick Rail Music, he has worked for decades to make music accessible to Santa Barbara students by providing new instruments valued more than $100,000 to public school music programs. Rail also created low-cost and high-quality music instruction through the Nick Rail Summer Band Camp, which is now in its 32nd year of operation.

During Rail’s acceptance speech, he summed up his philanthropic motivation by saying, “Our future is only as good as the education we give our students, both in the classroom and in the arts.” He went on to say, “the opportunities I’ve been given to open doors to others has been my blessing in life. Thank you!”

Did you miss the Hope Awards? Watch a video of the event below.