By Melissa DavenportJuly 20, 2022No Comments 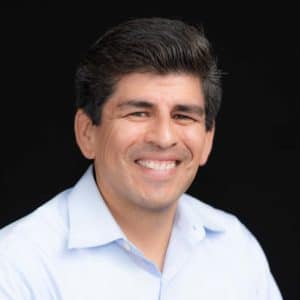 The Santa Barbara Education Foundation (SBEF) is pleased to announce that Pedro Paz has been named Executive Director of the nonprofit devoted to enriching the academic, artistic, and personal development of Santa Barbara students.

He has also served the community as a board member for several nonprofits, including the Santa Barbara City College Foundation, and previously as a trustee for the Santa Barbara Unified School District Board of Education.

“I have a lifelong commitment to public education, and I see this as an opportunity to combine many of my talents to help the students and teachers of the community where I grew up,” said Paz. “As a product of our local schools and Santa Barbara Unified, I see this as a means of giving back to them.”

Paz’s hiring comes as the Foundation continues to grow in leaps and bounds with a recent $4 million bequest that will provide long-term sustainability and support. He will succeed Margie Yahyavi, who has held the post for 12 years and started as the Foundation’s only part-time employee with annual revenues of $300,000. During her tenure, SBEF’s staff grew to five positions and an annual budget of $2.5 million, supporting 10 SBEF signature programs and serving as a fiscal sponsor for 14 other education programs.

“We are excited to embark on the next chapter with Pedro at the helm,” said SBEF Board President Mat Gradias. “His experience and connection to our public education system will be immensely helpful for SBEF as an organization and the programs and partnerships that benefit many of our students.”