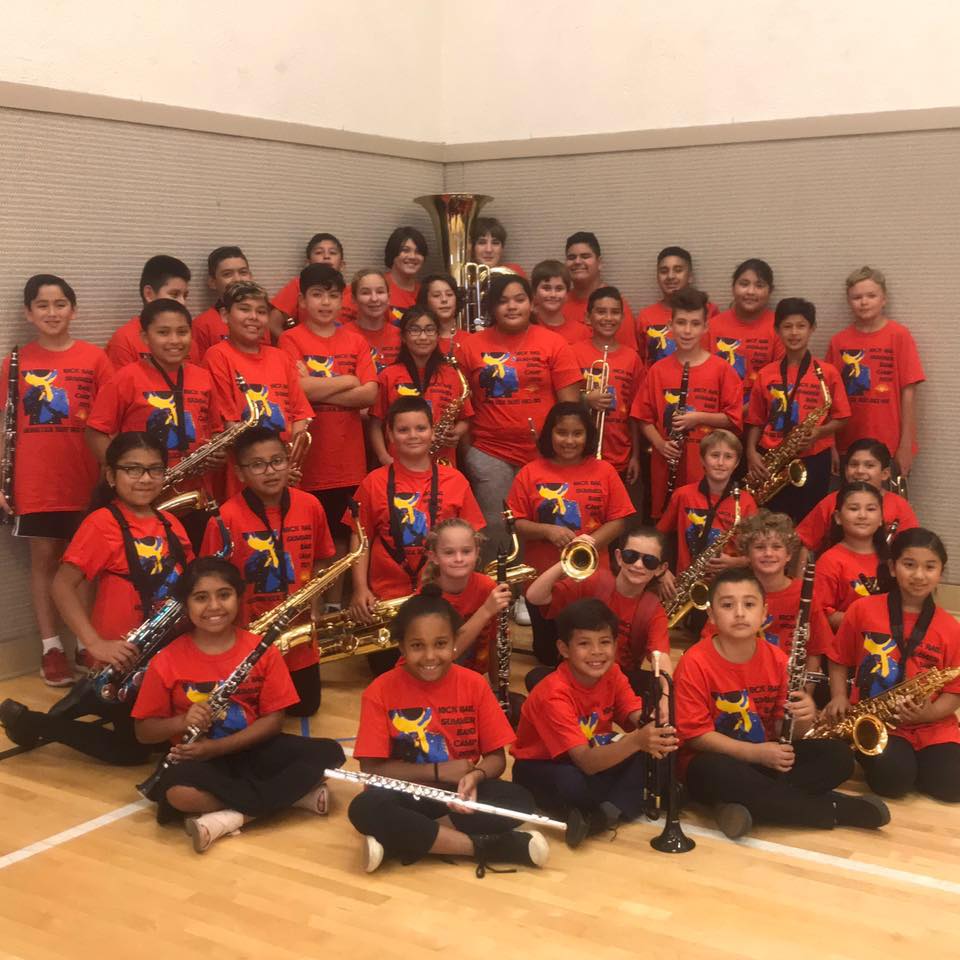 By Melissa DavenportJune 11, 2021No Comments

There was a time, many years ago, when band was just as much a part of the summer school curriculum as all the other subjects you’d expect to find offered. Then, in the late 1980s, the economy contracted, choices had to be made, and many summer classes were cut, including band. Fortunately, Nick Rail of Nick Rail Music, the SB Unified’s primary vendor for band and orchestral goods and services, learned of the proposed cuts before the end of the 1988-89 school year. Not wanting students to miss an opportunity to play music over the summer, Nick went to work. With a bit of luck and fast thinking, a plan to reinvent the class occurred, and Voila: The Nick Rail Summer Band Camp was born!

The primary goal of the camp was to offer band class during the summer. The secondary goal was to make it as affordable as possible, so lower-income students would have equal opportunity to participate.

Now in its 31st year, this camp is not to be missed! Do you have a child interested in learning the flute, clarinet, trumpet, trombone, saxophone, percussion, or tuba? Join us!

Since its start, Nick Rail has continually supported this program following his desire to give students a space to study music over the summer and ensure that it would be equally accessible to all students. Notably, this camp includes practice in concert band and sectional instruction but will conclude with a performance so the students can show their family and friends what they’ve accomplished. Students of all ability levels are welcome to attend, so beginners don’t be discouraged from participating! Since its humble beginning, Nick Rail Band Camp has had the privilege of instructing over 2,000 aspiring student musicians, with some even going on to become professional musicians.

With many students not picking up an instrument for over a year now, the Santa Barbara Education Foundation has innovated the camp by holding it outdoors. For the safety of students and in compliance with SB Country health guidelines, campers will be required to wear musician masks and have bell covers, both of which are provided in the camp.

This year the camp welcomes a new director, local music educator Devon Nelson, who is accompanied by a teaching staff of professional musicians and educators. The Nick Rail Summer Band Camp takes place at La Cumbre Junior High for one month starting June 14 on Monday, Wednesday, and Friday mornings from 8 am-noon. Tuition is $125 per student for a whole month of instruction and is open to incoming 4th through 8th graders.

Students and parents alike have had nothing but positive things to say about this camp, so be sure to register at www.SantaBarbaraEducation.org