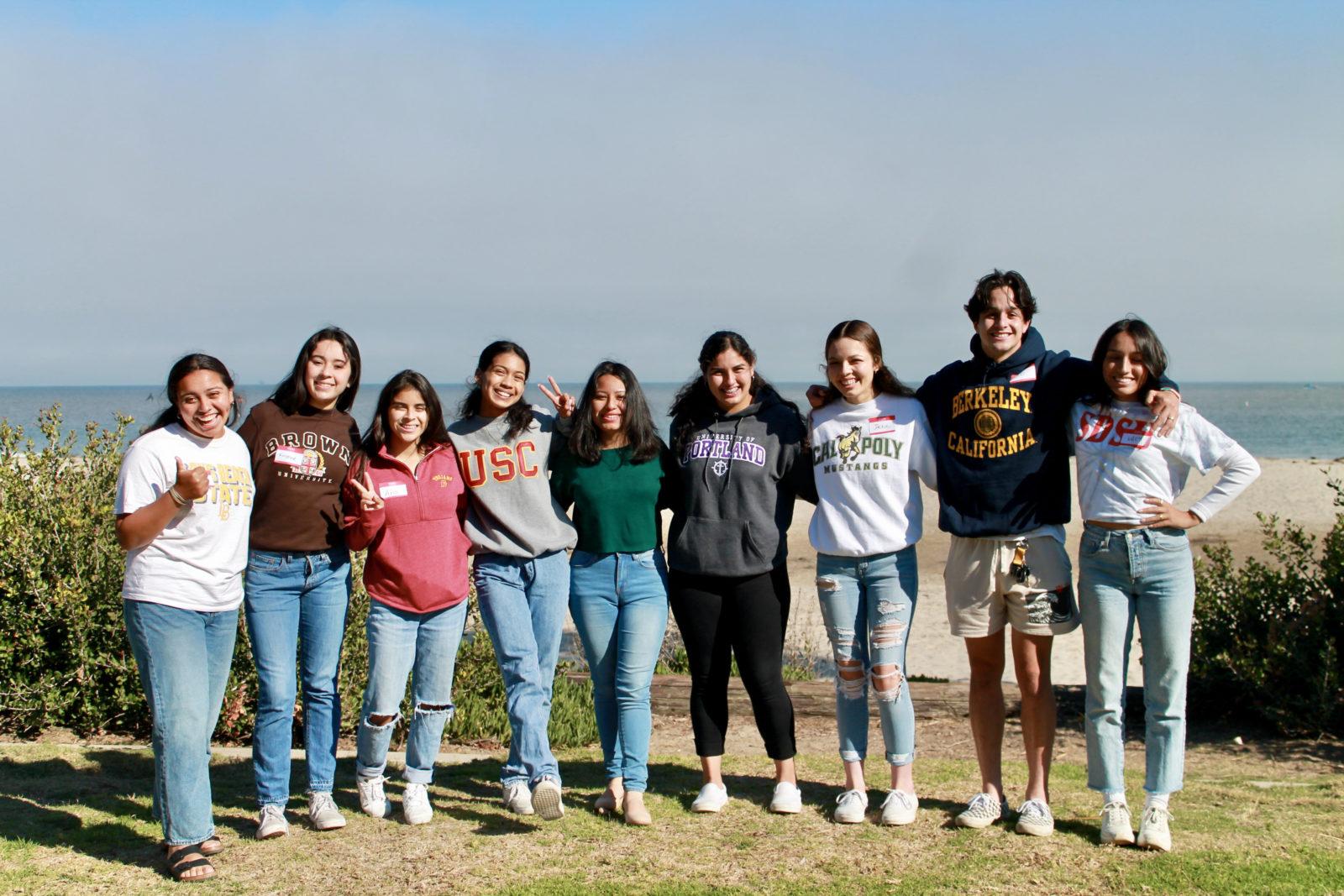 By Melissa DavenportJune 14, 2021No Comments

Amid a historically turbulent year, Mission Scholars achieved its goal of 100% four-year college enrollment for the Class of 2021, duplicating the success of last year’s inaugural cohort.

“This is a big part of our core mission,” said Cassie Lancaster, Executive Director of the program, which operates under the aegis of the Santa Barbara Education Foundation. “To give high-achieving, low-income students the support they need to meet their full potential before, during, and after college. It’s exhilarating to see every single one of our Scholars succeed in this first crucial step.”

That perfect enrollment statistic is accompanied by an equally important financial statistic: for the second year in a row, more than 80% of the entire four-year college cost of attendance is covered by grants and scholarships, primarily in the form of merit aid.

“That’s key for a few reasons,” Lancaster said. “First and foremost, many of our Scholars would simply not be able to afford college without that financial help. Second, it provides critical context for our benefactors, who naturally want assurance that their generosity is bearing fruit.”

From a philanthropic standpoint, Mission Scholars is an incredible bargain, with every $7,500 donors invest in the program yielding more than $150,000 in scholarships for each student: an ROI of more than 20x.

In all, Mission Scholars’ eighteen Class of 2021 Scholars garnered more than $3 million in scholarships, including $90,000 in local scholarships. This would be noteworthy in any case, but it is particularly stunning in the midst of a perilous year like 2020.

“When the pandemic hit, we knew we had to pivot sharply, yet we also wanted to ensure that the core of our program remained the same,” Lancaster said, noting the intensive workshops, the individual meetings, and the individualized, comprehensive support Mission Scholars provides every student throughout every application.

“It was a period of terrible uncertainty for everyone, but it was also an opportunity for people to step up… and they did.” In particular, Lancaster and her team credit Mission Scholars’ partners, including the Scholarship Foundation of Santa Barbara, Program for Effective Access to College (PEAC), and UCSB’s Pre-College Programs, all of whom provided critical support for various steps in the process. They also credit Mission Scholars’ benefactors and volunteers, who scrambled to find new ways to support and mentor their Scholars, along with the Scholars themselves, who forged ahead despite the chaos, the isolation, and in many cases, deep distress about their families’ health and finances.

“2020 would have been an easy time for our community to pull back,” Lancaster said. “Instead, we pulled together. I could not be prouder of our Scholars, and of the compassionate, resilient community we’ve built.”

As Mission Scholars celebrates the success of its Class of 2021 Scholars—who will continue to receive intensive support throughout their college years—its staff and volunteers are also setting their sights on their upcoming cohort, the Class of 2022, who have already begun preparing for a busy college application season this fall.

Mission Scholars is a program of the Santa Barbara Education Foundation.