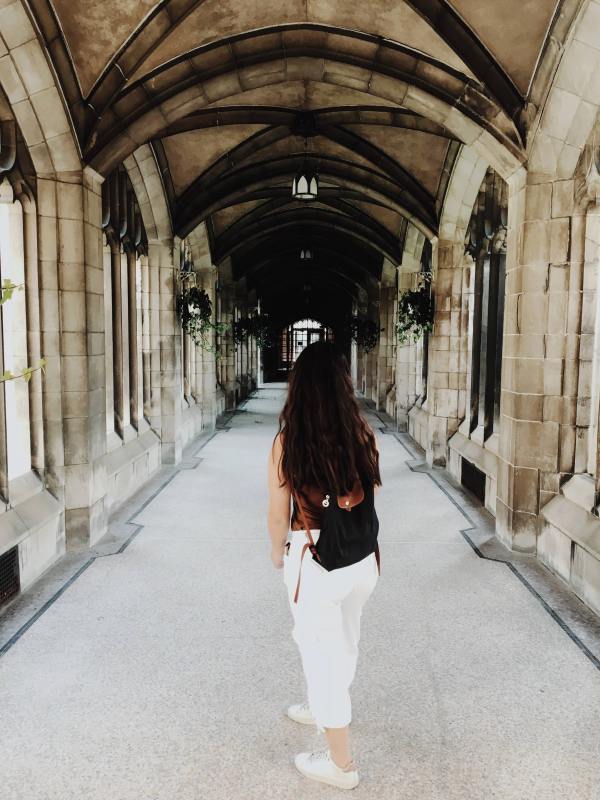 By Melissa DavenportJanuary 28, 2021No Comments

The Mission Scholars Complete Their First Semester at a Four-Year

The first semester of college is supposed to be a whirlwind. Each day is filled with exhilarating experiences in an inspiring setting among an ever-expanding group of new peers. It is a magical time.

But for this year’s college freshmen, their first semester was far from magical. For many, there was no heady anticipation of settling into a new dorm room, no bonding with like-minded classmates, no tailgating before the big game. For them, in fact, the first semester of college was almost identical to their final semester of high school: minimal social interaction, limited outings, and only a muted sense that they were embarking on a pivotal new chapter in their lives.

For my Mission Scholars students – bright, motivated, first-generation college applicants – that onward slog was even more frustrating. Instead of launching themselves into the stratosphere as they’d been promised, they were forced to continue the same struggle to find quiet space in a crowded household, babysit their younger siblings through remote learning while their parents worked, and compete for patchy WiFi connection as they navigated college courses online.

In spite of all the difficulties, Mission Scholars reached an important milestone in December: Our first-ever cohort had just completed their first semester at a four-year college. This, in addition to our having recently completed a uniquely grueling college application season with our current crop of high school seniors, was cause for celebration.

We did our best to mark the occasion. COVID-19 infections were on the rise, so while I was excited about the prospect of seeing all of our remarkable students together, I also knew that our celebration would be constrained by the same pared-down version of reality these students had been enduring all year. In other words, another Zoom party.

I knew everyone was suffering from Zoom fatigue, and that our Scholars were emotionally exhausted from the fall. But it was a virtual event or nothing, and nothing — after everything they had achieved — was not an option.

During the gathering, we asked each of our seniors to offer advice to their younger counterparts – our Class of 2022 Scholars, who will be applying to college later this year. It was intended as a team-building activity to forge deeper connections between our scholars. Our seniors had leaned on their older counterparts during the most difficult and confusing application season in recent memory, and we knew they’d be eager to pay it forward to our juniors, many of whom have nobody in their day-to-day lives who can offer insight into the college-admissions experience.

One of our seniors, Kristine, had just received an early acceptance to Brown University, and she had a particularly poignant piece of advice.

“Find a peer to go through this process with you,” she told our juniors.

Kristine described how she had met virtually each week with her best friend, who was also applying to college, and how they had gone through all the small steps together, encouraging one another and holding each other accountable. Most importantly, when the going got particularly rough, neither of them felt alone. She had someone to call or text whenever she was feeling nervous, even if it was after midnight.

This was great advice during a pandemic, where isolation had begun to feel like the norm. But as a veteran college counselor who has endured more than a dozen college admissions seasons with hundreds of applicants from all walks of life, I realized that Kristine’s advice is applicable during normal times as well. Having a knowledgeable adult or program to guide you through the big decisions is valuable, but when you’re battling fatigue, self-doubt, and the loneliness of contemplating a future far away from your family and community, there’s nothing like having a friend down in the trenches with you.

This year, in addition to our comprehensive college application program, we will take Kristine’s cue and develop a “buddy system” at Mission Scholars. I think it’s something for all future college applicants and their parents to consider as well: regular, structured interaction with a peer who is as invested in the process as you are, an equal with whom to sympathize and commiserate.

When our December Zoom celebration was over, I found myself wistful but content. The event had turned out well, all things considered. The festive font of our Zoom title cards and the tinny holiday background music was no replacement for Christmas cookies and in-person hugs, but what mattered most was that we had gathered to acknowledge our scholars’ achievements, and to remind ourselves that, as isolated as we may sometimes feel, we’re all in this together.

Cassie Lancaster is the Executive Director of Mission Scholars, a program of the Santa Barbara Education Foundation.