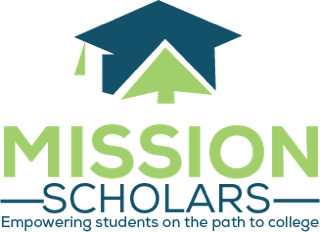 By Melissa DavenportJanuary 24, 2022No Comments

On the heels of Mission Scholars’ successful Giving Tuesday match campaign in November, local philanthropists Tim and Virginia Bliss raised the stakes with a bold offer of their own: if Mission Scholars could raise $50,000 by January 15, 2022, they would match.

“After the success on Giving Tuesday, I wanted to entice people to give even more,” said Tim Bliss, Partner at Investment Group of Santa Barbara. “I always like the idea of anything that gets other people involved.”

The Blisses are among the founding investors of Mission Scholars, a program that helps level the college-admissions playing field for local high-achieving, low-income students. They helped fund its pilot program in 2019, which resulted in ten Santa Barbara Unified School District graduates enrolling in four-year colleges with a combined $825,000 in grants and scholarships that covered more than 80% of their four-year cost of attendance.

The Bliss family’s challenge was wholeheartedly accepted by local donors, whose generosity enabled Mission Scholars to meet the $50,000 benchmark by the end of the year and to more than double it by the January 15 deadline. All told, the Bliss family’s matching grant spurred an additional $122,000 in donations, bringing the grand total to $172,000.

“The generosity of our supporters is staggering,” said Cassie Lancaster, the Executive Director of Mission Scholars. “They constantly exceed my expectations, both in terms of their willingness to donate funds and their eagerness to help in other ways. For instance, in response to the matching grant, two corporations, Electronic Arts and Brightloom, teamed up to donate another $50,000, and they have also committed to providing career mentorship and guidance through our College Success Program.”

That program, led by Director of Programs Katie Kinsella, helps ensure Mission Scholars students’ success once in college. This is a key component of the organization’s overall mission and also a key reason many donors are attracted to Mission Scholars in the first place.

“My father was deeply involved in philanthropy,” said Tim Bliss. “One of the things he always emphasized was the difference between giving someone a fish and teaching them to catch their own fish. Mission Scholars employs the latter approach, which is why it’s such an easy thing for me to support. These kids will go on to college, they will build careers, and they will be among those who change the world for the better: not just now, but for generations to come. That’s what I call a sound investment.”