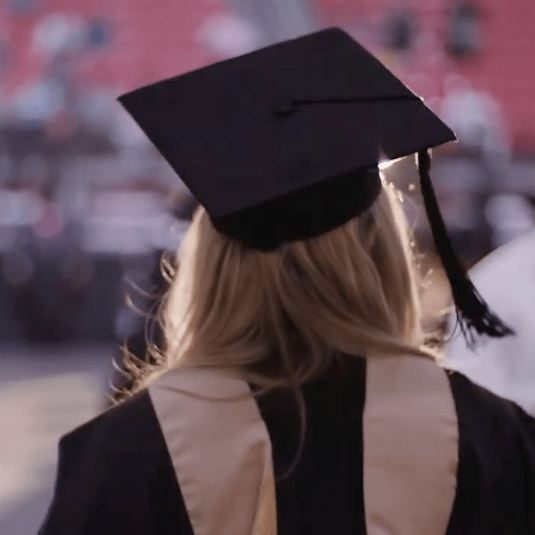 By Melissa DavenportDecember 16, 2021No Comments

For nonprofits, there are many barometers of success.

One is fundraising, obviously. The more a nonprofit can raise, the better its odds become of fulfilling its mission.

Another is outcome. One advantage enjoyed by Mission Scholars, the program I run under the aegis of the Santa Barbara Education Foundation, is that its goals are clear-cut and easily demonstrated. We help high-achieving, low-income students get into four-year colleges, then we help them succeed once they get there. Both of these objectives entail measurable effects, so demonstrating our results is a pretty straightforward matter. But acceptance letters and college degrees don’t tell the whole story.

A third way to judge the success of a nonprofit is through the lens of community involvement. Some would view this more as a measure of momentum than of success, but I would argue that the energetic support of the surrounding community is the foundation upon which all other success rests. It’s harder to measure, in part because it can take on so many different forms, but I witness the ripple effects of enthusiastic community involvement every day.

In early 2020, for example, a Mission Scholars senior named Kathy Ramirez-Gijon was selected as a finalist for the prestigious Bill & Melinda Gates Scholarship. This alone was a triumph, both for her and for our program. But one thing stood between Kathy and actually becoming a Gates Scholar, which would mean a full ride to the college of her choosing: a daunting 30-minute personal interview.

A large part of my job is to marshal the tsunami of generosity and goodwill from our supporters and direct it to where it will do the most good. In this case, that meant drawing on the skills of one of our earliest volunteers, Dr. Andy Gersoff.

But Kathy’s interview would be a different beast entirely. Landing the Gates Scholarship would eliminate one of the biggest hurdles low-income students face when contemplating college: the cost of attendance. This interview represented a chance for Kathy to avoid the painstaking cobbling together of loans, grants, and financial aid, and the long-term debt that often comes with it.

Kathy took the mock interview seriously, and so did Andy. She dressed up for it, just as she would for the real interview, and he conducted it in a formal setting, at the conference table in his office at Cottage Hospital. One by one, she tackled his tough questions, and, little by little, her apprehension about the coming interview began to fade.

When she left Andy’s office, she was ready. Still, Andy did some further research, watching YouTube videos to tease out potential interview questions and emailing Kathy more pointers as her interview date approached.

When the day came, Kathy aced the interview, and a month later she was named a Gates Scholar, one of only 300 out of the 36,500 that applied.

The credit belongs to Kathy alone — she worked very, very hard to become the sort of student who would be considered for a Gates Scholarship in the first place. But the sense of triumph was shared by many people: her family, her friends, her teachers, and all of us at Mission Scholars, and especially Andy.

I could tell you many stories like this. I could tell you about Julie and Bill McGeever, owners of the assisted living community Heritage House, who heard about the conditions our Scholars were enduring during the first fall semester of the pandemic — the isolation, the financial insecurity, the dangers to their health, both physical and mental — and offered our Scholars a safe outdoor space at their magnificent facility, including hot meals served by their staff. That period was particularly hard on low-income students, so the McGeevers’ generosity was a godsend.

I could tell you about Chris Bruzzo and Susan Monaghan, two businesspeople at the top of their respective fields who spend many hours each month working to ensure career opportunities for our Scholars during and after college: evaluating résumés, facilitating professional introductions, and setting up meetings with local and national corporations to develop partnerships for future internship and mentorship opportunities.

I could tell you dozens of other stories about our volunteers as well, some of whom work directly with our Scholars as their mentors and tutors, others of whom move behind the scenes to help us spread the word and fundraise, but all of whom have made a tangible difference in the lives of our Scholars.

Mission Scholars’ stated goal is distinct: to change lives by helping exceptional, underserved students get into and graduate from the best college possible. But our motivation is the same as that of so many other programs here in Santa Barbara: to make our uniquely wonderful town an even better place to live. So maybe the best way to think of all these small stories is as one large story: a groundswell of community involvement without which our success, or the success of any other nonprofit program, would quickly flounder.

Funding is critical, but so are people. The stories of Andy and Kathy, of Julie and Bill, of Chris and Susan, are all part of the larger story of the Santa Barbara community, and it’s a story that bears telling and retelling, and celebrating.